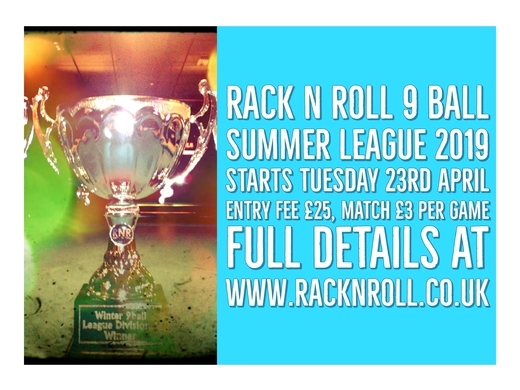 With the new 9 ball season starting Tuesday 23rd April here is information for the players signed up.

With the new 9 ball season starting Tuesday 23rd April here are some details regarding the League Cup and Mick Walkerdine Cup, Playoffs, Promotions and Relegations.

This season the league is reverting back to four divisions. So some players have been moved into division four from division three for the new season.

Remember fixtures on the website are just a guideline and subject to change, so unless you hear directly from Keith always assume you have a game and sometimes this may be two but you will be informed beforehand if this were the case.

Once you and your opponent both have arrived then you will entered in to the queue of games for the evening. Games start at 7pm but some may start earlier.

If you cannot make it on any week then please inform me by 5.30pm. If you are running late then please tell by 6pm also if you can. If you fail to show up or inform me to late then your game may be forfeited or racks awarded to your opponent should the game be postponed. If repeated no show’s without warning then you may be kicked out of the league and league fees owed.
These are at the organiser’s discretion only.

As with previous seasons the shot clock may still be used if games to start to exceed the timing guideline.

The League Cup is continuing with the first round group stage format with the top two from each group going through to the last 16 straight knockout stage. The race for the groups will be to 5 and winner breaks. Most of the group games will be played in one night on Tuesday 14th May but at least two games from each group of fours will be played in the first few weeks. You will be able to find the groups draw under the league cup section

There will be a cup to the winner of each and a salve to the runner up of each.

In each in division the player that finishes top will be straight in to the play-off final. Players 2 to 5 in the final table of the divisions with nine or more players will play each other in the playoff quarter final with 2nd v 5th & 3rd v 4th and then the winners will play in the semi-final and both these games will played on the same night. The winner of the semi-final will then move on to the final to play the player who finished 1st in the division the week after and the winner of this will be crowned division winner.

The play-off quarter and semi-finals are due to be played on Tuesday 17th September and the Finals to be played on the 24th September. The dates could be subject to change but you will be informed well in advance but please keep these dates free as they may not be able to be moved.

The prize money is paid out at the end of the season is paid via places in the table and as well as the playoff system. Please note prize money will only be paid out if you have paid for all your games in full and completed a full season. There may be exceptions to this at organiser’s discretion. Amount of prize money will be dependent on money paid in to each division.

If you have any questions then please message me directly.

I would like to wish all the players the best of luck for the Summer Season 2019 and remember to enjoy yourselves and respect your fellow players. 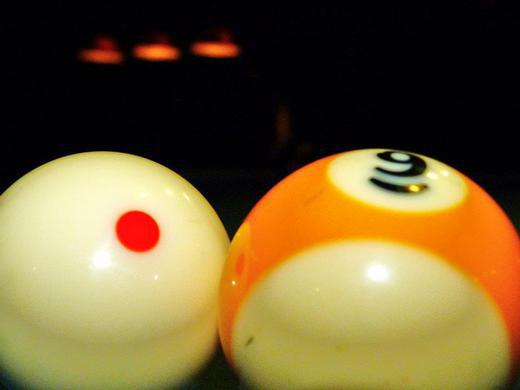